Within the village of Croton-on-Hudson’s Van Cortlant Manor is this annual/seasonal happening that goes on for over a month and a half. Featuring thousands (7,000 in all?) of hand-carved, lit-up pumpkins, the sights to be had within make it a truly, must-see event. In my opinion, it’s to Halloween and autumn what the Rockefeller tree lighting is to Christmas and winter. The setting itself is quite appropriate considering all the historical sites in the area, especially the town of Sleepy Hallow.

This year we were lucky enough to stumble upon an advertisement for the Blaze just in time. In time, that is, to get tickets. Years past, tickets would sell out quickly; as I’m sure they probably did this year as well.

The entire evening’s experience was carried out in as orderly a fashion as one could imagine or desire. Visiting times are sectioned off in half hour increments and one isn’t allowed in until one’s scheduled time. Ours was for 8:00 pm. Although parking is free, our early arrival forced us to park in the nearby plaza parking lot which turned out to be a blessing in disguise. All we had to do was walk a short distance from there to the event entrance; plus, it was much easier to leave the entire area later when it was time to go home.

Once you’re inside, past the entry point, you’ll find yourself walking along straight and winding paths with plenty to see on all sides. There’s ample time to pause for photographs, ogle at the spectacles (which is exactly what they are) as well as just go at your own pace. If there was an allotted amount of time per visitor then we surely weren’t aware of it.

All in all, we enjoyed ourselves immensely. Families of varying sizes were on hand and, honestly, it sometimes seemed like the adults were enjoying themselves more than the little ones. We sure as heck got a kick out of all the creativeness on display. As you’ll see in the photos below there’s plenty to see.

So folks, remember: If you’re not able to make it this year then make sure to mark your 2018 calendars. As mentioned, the tickets sell quickly, but as of this writing there are still tickets to be had for this season.

Below these photos is, as well, an image gallery of photos taken during our visit. 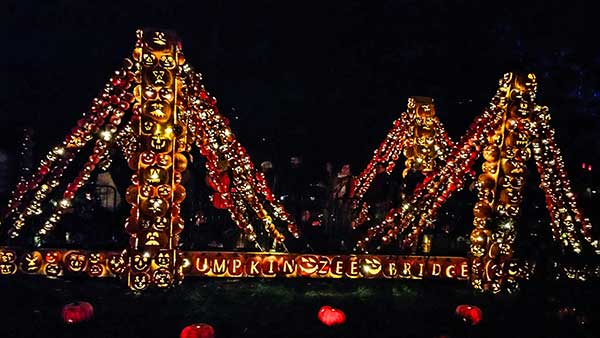 These elaborate carvings — all the handiwork of a single expert carver! — pay homage to the jack o’lantern’s roots in Irish folklore, which tells of “Stingy Jack,” who never could get into heaven nor hell, so he carved a turnip, lit it with a candle, and wandered the earth looking for a resting place.

Keep in mind, this photo depicts only a small portion of the display. 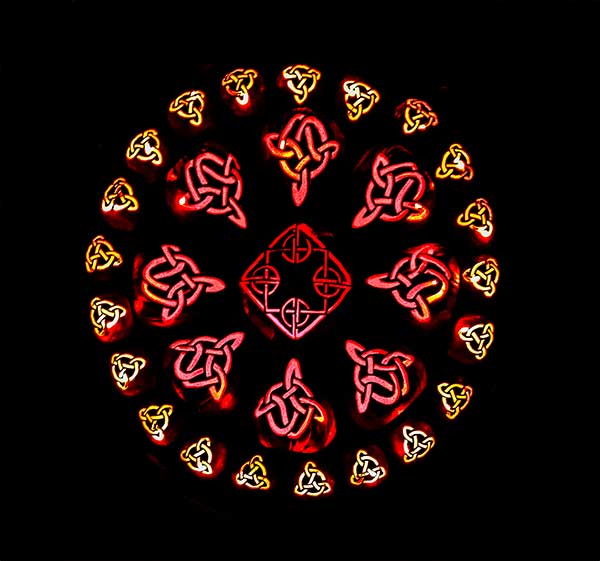 Representing P.T. Barnum Circus’ use of trains to transport the many creatures and characters that made up their circus in the early days. 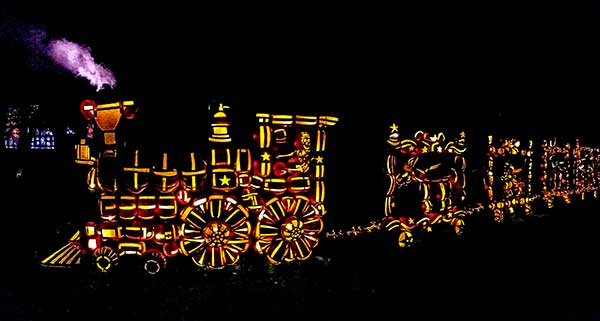 Click on any image below for a larger version