Welcome to the new Hell on Earth!
All are welcomed!

It’s always a good idea my book to keep an eye out for published meteorological/climate statistics, especially where it concerns our approach to a ‘hell on earth’ scenario. Not that us humans need anyone to tell us how crazy the weather’s been over the past few years, but then the anecdotal frog in boiling water comes to mind and well I, personally, would love to have some prayer time before the ship actually goes below surface if you know what I mean. Regardless, it’s getting hot, it’s been hot and it doesn’t appear to be stopping anytime soon. 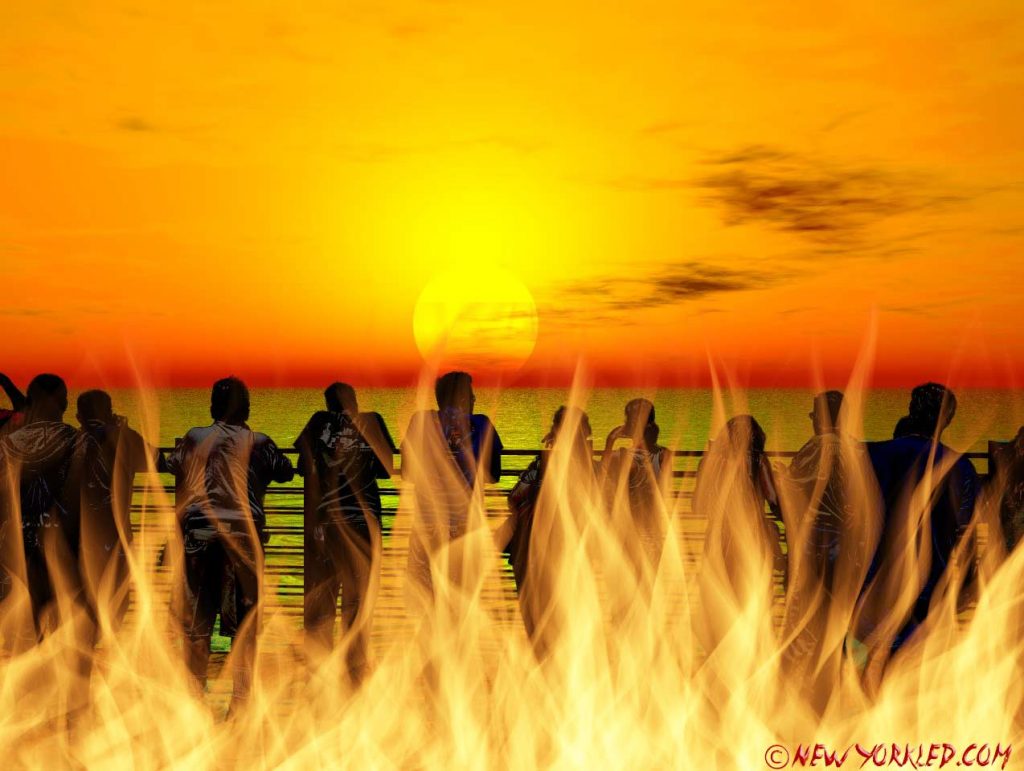 As you probably know there are various governmental agencies and organizations that keep track of the various facets of environmental issues. One of them would be the NASA Goddard Institute for Space Studies which in January, 2017 announced that 2016 was the warmest year on record globally; and that it was “the third year in a row to set a new record for global average surface temperatures.”

“2016 is remarkably the third record year in a row in this series,” said GISS Director Gavin Schmidt. “We don’t expect record years every year, but the ongoing long-term warming trend is clear.”

“Most of the warming occurred in the past 35 years, with 16 of the 17 warmest years on record occurring since 2001. Not only was 2016 the warmest year on record, but eight of the 12 months that make up the year — from January through September, with the exception of June — were the warmest on record for those respective months. October, November, and December of 2016 were the second warmest of those months on record — in all three cases, behind records set in 2015.”

Mind you, the above is a reference to the global average temperature for the year which increased by 2.0 degrees Fahrenheit. Yet, what about the United States specifically?

The NOAA (National Oceanic and Atmospheric Administration) states that the average U.S. temperature of 54.9 degrees for 2016 was 2.9 degrees F above average, ranking it as the second warmest year in 122 years of record-keeping.

“This is the 20th consecutive year the annual average temperature exceeded the average. Every state in the contiguous U.S. and Alaska experienced above-average annual temperatures, according to scientists from NOAA’s National Centers for Environmental Information.”

Here’s a look at the locations of 15 billion-dollar disasters that occurred in the U.S. in 2016. (NOAA NCEI)

“This is the second highest number of disasters experienced in one year, with double the record number of inland flooding events for one year.” 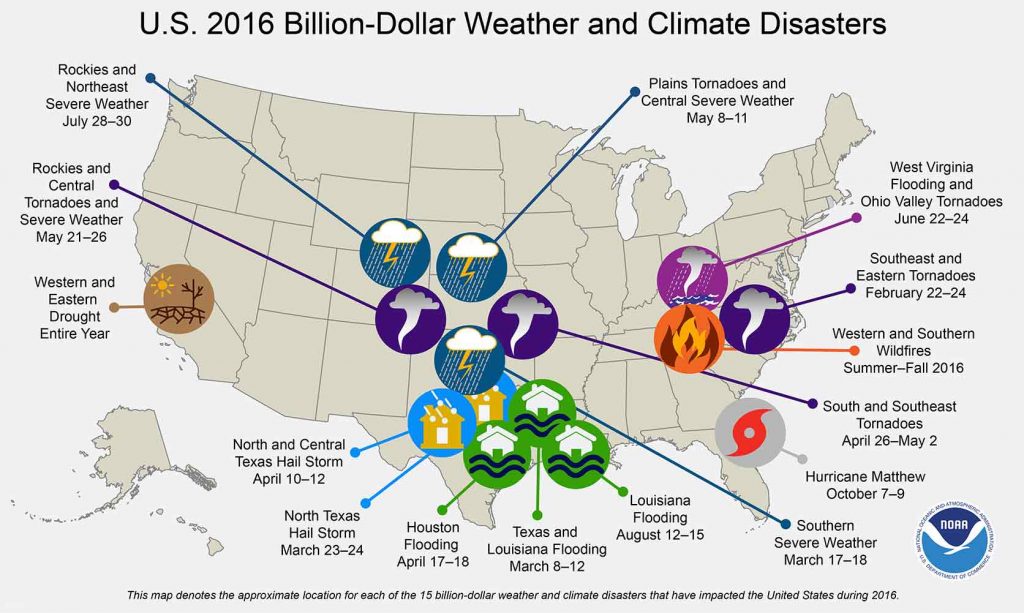 I’d love to end this write-up with the words “In Closing”, but I can’t.  This is merely the beginning of New Yorkled’s coverage, or rather sharing of its findings from official agency and other related organization records. Much of the information is all out there and it’s up to every one of us to sound the alarm regarding the world that’s being left behind for our children. There are those in Executive and Congressional government positions who’ll have us turn a blind eye to what’s truly going on. Don’t! Don’t Do That! For God’s sake, if you love this planet, if you love decency, if you love your children, your nieces and nephews, your younger siblings, then for the love of GOD do not turn away.

I assure you, more is to come!

Activism Historical Weather
Share. Facebook Twitter Pinterest LinkedIn Tumblr Email
Previous ArticleTemperatures are Rising 1.1 :: Has Hell Frozen Over? or are Warm Winters a Foregone Conclusion?
Next Article The Coming Methane Crisis – Part I :: Or will it be an Apocalypse?