“What’s So Funny About Math?”

at the National Museum of Mathematics (MoMath) in New York 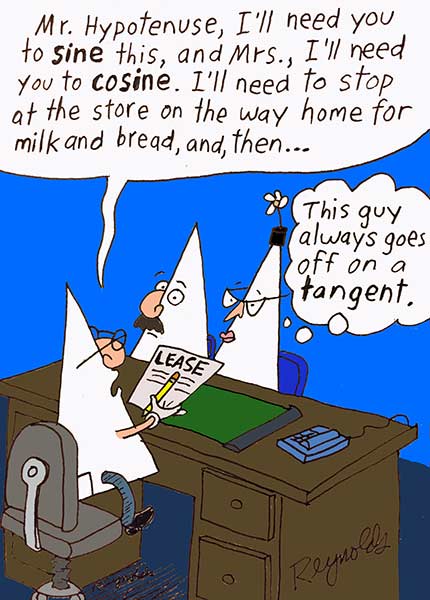 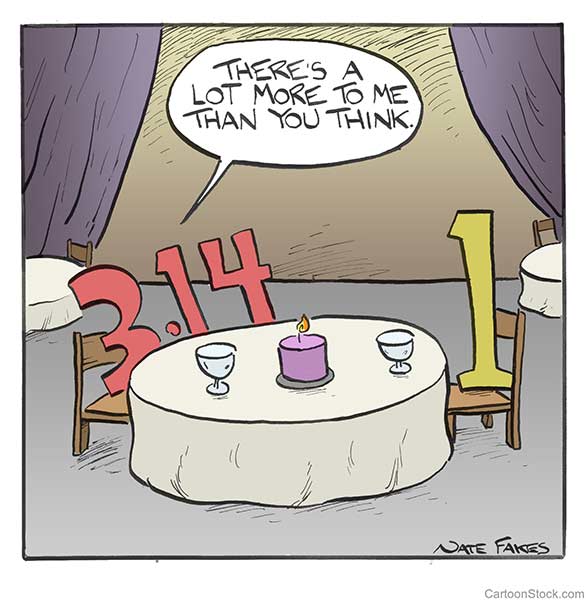 “Math doesn’t always strike people as a funny subject, which is why we are thrilled to partner with Bob Mankoff — one of the country’s preeminent cartoonists — to launch the first-ever exhibition featuring math-related cartoons,” explained Cindy Lawrence, Executive Director of MoMath. “‘We are very excited to share math, laughter, and new perspectives with the MoMath community.”
“We welcome the opportunity to team up with MoMath to help shed light on a lesser-known side of mathematics–the lighter side,” said Bob Mankoff, Founder of CartoonCollections.com. “Contrary to your beliefs as a child, math can be funny with the right perspective. There’s nothing better than the perfect cartoon to succinctly amplify a message and challenge assumptions, axioms, and even quadratic equations.”

About the National Museum of Mathematics

The National Museum of Mathematics (MoMath) strives to enhance public understanding and perception of mathematics in daily life. Currently celebrating its sixth anniversary, MoMath has reached more about 2 million New Yorkers and visitors from around the world. 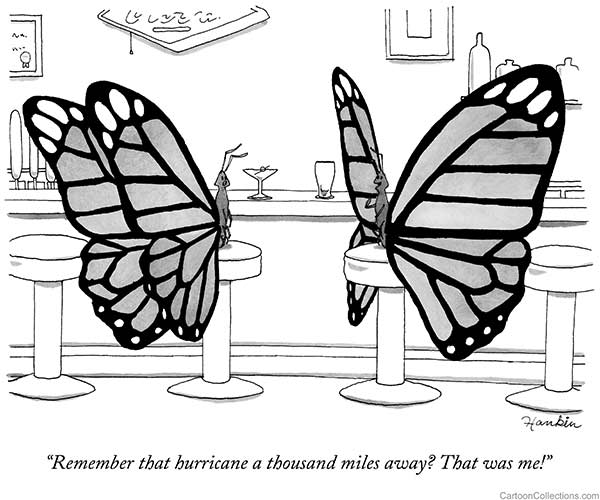 The only math museum in North America, MoMath fills a critical demand around the country and worldwide for hands-on math programming, offering a space where the math-challenged, as well as math enthusiasts of all backgrounds and levels of understanding can enjoy the infinite and beautiful world of mathematics through more than 37 unique, state-of-the-art, interactive exhibits.
In addition to MoMath’s home in New York City, Museum exhibitions and content are currently featured in Singapore, Brazil, Germany, Russia, Spain, Sweden, and the UK.
MoMath received the 2016 Communications Award for Public Outreach from the Joint Policy Board for Mathematics. The Museum was awarded the bronze 2013 MUSE Award for Education and Outreach by the American Alliance of Museums. MoMath has been recognized as the Most Fascinating Museum in New York State by the TripAdvisor vacation site and hailed as the “Best Museum for Kids” by New York Magazine.
MoMath, located at 11 East 26th Street on the north side of popular Madison Square Park in Manhattan, is open seven days a week, 10 a.m.- 5 p.m. For more information, visit momath.org.

Cartoon Collections is the definitive location for iconic cartoons and offers a searchable online archive with instant licensing and downloads. The website houses renowned cartoons covering thousands of subjects with collections from The New Yorker, Esquire, Playboy, National Lampoon and The American Bystander, as well as Matt Diffee’s three Rejection Collections books. Backed by cartoon lover and philanthropist Lawrence Benenson, a principal of Benenson Capital Partners, Cartoon Collections is the platinum standard in the cartoon universe. It is the U.S. companion to CartoonStock, home of one of the largest digital collections of cartoons in the world. For more information, visit CartoonCollections.com, and follow on Twitter, Facebook and Instagram.

In 1974, Bob Mankoff began creating original cartoons and submitting them to magazines around New York City. In 1977, he sold his first cartoon to The New Yorker and started “The Cartoon Bank” in 1991–originally a repository for rejected New Yorker cartoons–devoted to licensing for use in newsletters, textbooks, magazines and other media. In 1997, Mankoff was named Cartoon Editor of The New Yorker who purchased “The Cartoon Bank,” giving the site access to all cartoons published in the magazine over the past eight decades. Bob has edited dozens of cartoon books, including The New Yorker 75th Anniversary Collection, The Complete Cartoons of The New Yorker, and the newly-published The New Yorker Encyclopedia of Cartoons, as well as four collections of his own.