Celebrating the Artist Robert Indiana at the Whitney Museum 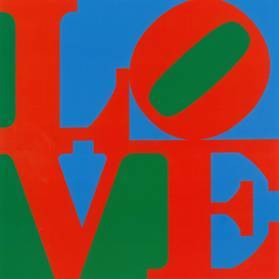 The first major American museum retrospective devoted to the work of Robert Indiana will be presented by the Whitney Museum of American Art from September 26, 2013, through January 5, 2014, and then be at the McNay Art Museum in San Antonio, Texas from February 5 to May 25, 2014.

The Indiana-born artist, whose imagery was at the forefront of President Barack Obama’s first presidential campaign, embraces the vocabulary of highway signs and roadside entertainments that were commonplace in post-war America to explore themes of American identity, racial injustice, and the illusion and disillusion of love. Indiana’s signature large-scale LOVE sculptures can be found in public spaces around the world, in languages including English, Hebrew, Chinese, Italian and Spanish. These familiar works have become part of the urban landscape in eleven cities across the United States, from Sixth Avenue in Manhattan to Philadelphia’s LOVE Park, Scottsdale’s Civic Center to the Old School Square in Delray Beach, Florida. Images of Indiana’s works have been reproduced on coasters, posters, mugs, greeting cards, stamps, matchbox covers, notebooks, t-shirts, and key chains. The Whitney exhibition will contextualize Indiana’s iconic LOVE sculpture by showing several different examples of the theme, such as Indiana’s first expression of the word, a red-on-red painting entitled Four-Star Love, a six-foot electric LOVE sculpture, and LOVE Cross, alongside many of his lesser known works.