Will Con Edison be ready for 2020’s Hot Months in the time of NYC’s COVID-19 Crisis?

During his daily COVID-19 Press conference, Mayor Bill de Blasio tried to ease concerns over any possible power outages which might be taking place in the coming months. He would explain how ConEd (Consolidated Edison, Inc.) had replaced and updated a good deal of its infrastructure as they pertained to NYC.

The reason for bringing up this subject is one which has been on our own minds. With the ‘New York on Pause‘ mandate keeping large populations away from work, it can be expected that home electricity use would rise above the norms. Hotter weather would be on the way and air conditioner use would increase; likely on a massive scale, thus bringing it to levels higher than any other year prior.

In July 2019, Governor Cuomo would deploy hundreds of troopers, personnel and resources to assist with a Con Edison blackout in the borough of Brooklyn caused by an overloaded system. This came days after a massive Manhattan power outage which resulted from issues with a transmission line. The numbers of customers left without power amounted to 35,000 in Brooklyn and well over 70,000 in Manhattan.

“We have been through this situation with Con Ed time and again, and they should have been better prepared — period,” Governor Cuomo said. “This was not a natural disaster; there is no excuse for what has happened in Brooklyn. Tonight I have deployed 200 troopers, 100 generators and 50 light towers to help assist with the outages. I have also directed DPS to widen its investigation into last week’s blackout in Manhattan to include tonight’s outages in Brooklyn.” 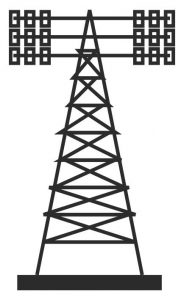 Now, the above merely points to the worst month of the year. Surely there were other smaller outages going on throughout the city. As the time of this writing, on a beautiful and not too hot afternoon, there are currently 10 or so minor outages. How will things look like when we’ve a big storm, or when temperatures reach the 90s and above?

Yesterday, the Mayor had some commonsense pointers to share.

“By every measure, we’re going to see a lot less commercial activity. There’s obviously not traditional tourism now, which is a big part of what happens in summer the City, there’s not a lot of the big events, you know, there’s no big events. And so, the things that often took up a lot of energy won’t be there, the whole larger commercial reality, even though it may come back in small pieces, nothing like we would normally see in the summer. But on the other hand, a lot more people home, a lot more people using air conditioning,” said Mr. de Blasio.

He would go on to say that the city has mandated ConEd to alert them at the slightest sign of a problem for the sake of informing the public and being better equipped.

“Now, one of the things that happened last summer we saw some particular problems in Brooklyn and what’s called the Flatbush network of ConEd. ConEd has replaced a lot of the equipment in that network, 70 power line sections replaced, updated the relay switches on 15 sections that supply the grid. Replaced more than half the rubber cable so far with the rest being done by the end of May.”

The Mayor would also say how ConEd had replaced 70 power line sections, updated the relay switches on 15 sections that supply the grid and replaced more than half the rubber cable so far with the rest to be completed by the end of May.

He stated that the city had 60 portable generators ready for emergency deployment with 22 more large ones to be added. “We’re going to preset pre-stage those around the City so they can be moved quickly to places that need them.”

The ConEd website has a page that’s updated every 15 to 30 minutes. It features the number of current outages and the number of customers suffering from an outage. As of the time of this writing, there are six outages with six customers out.

That page also shows the number of customers served per borough: